Knowlathon > IT Service Management and Excellence  > Journey of ITIL 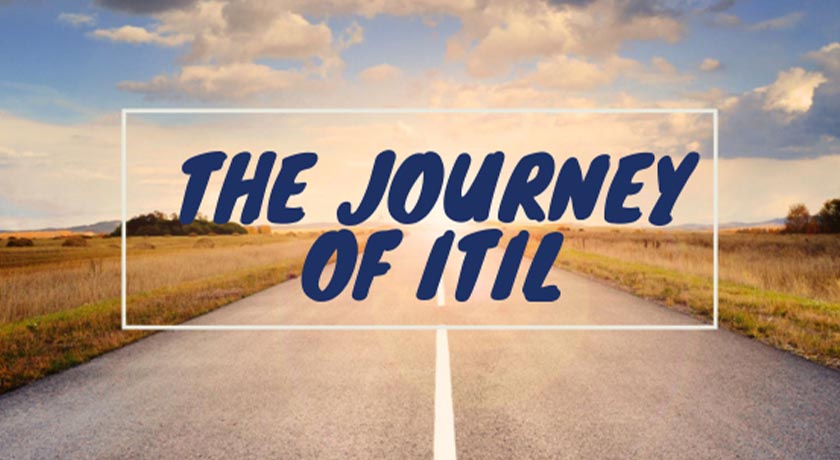 by Admin
in IT Service Management and Excellence
Comments

ITIL has been the mainstay of IT service management and delivery world for 30 years now, It has transformed from being a set of guidelines to manage your IT to become a de-facto standard for service delivery in international service relationships.

It has been refreshed four times in last thirty years to remain relevant and address the challenges of the day. It was first published sometime in late 1980s as general good practice guidelines for IT service vendors. it functionality and usefulness quickly became evident to those who used it. In 2001, ITIL v2 was formally launched with two core concepts of Service Delivery and Service Support. Later some more books were added as a topup to these two core streams to make the complete set of 11 books.

Service support had 5 processes focussing on basically keeping the lights on in your IT environment. It also had 1 function which was essentially a window to the user from service provider. Service delivery was focussed on creating, modifying and delivering new or modified IT Services.

This is the version quickly became popular and had a much wider reach, many organizations internationally started using it as process framework of choice for managing their IT services. At this point, some of the alternatives also came up, primarily promoted by large IT companies, as their own flavour of ITIL processes. However, they always had a very limited appeal and could not sustain through time.

ITIL sailed through and lived on, and became evermore popular amongst IT service providers. To an extent where we started seeing ITIL certification as a prerequisite for some job profiles in service delivery.

Meanwhile, IT industry progressed through the age of outsourcing, focussing on service more than processes. Customers and businesses became more interested in the services they receive than the processes which are used to manage these services.


It was time for ITIL to refresh itself to address these challenges and new perspective of the industry. As a response ITIL v3 was launched in July 2007. It had a refreshing approach of keeping processes in the background and taking a service lifecycle-based view of the entire IT delivery. It acknowledged the fact that it is the business outcome that should be focussed on and not the technology that is used to get it. There were some things in ITILv3 which required more clarification on, some things that need to be better elaborated for industry to really put it to practice. This was achieved by a minor refresh in 2011.

Industry is moving to new normal, even the service lifecycle approach seems to be inadequate. We need more responsive, agile IT to suite the pace of the technological advancements. The service lifecycle is reduced to months or even weeks. We have seen concepts like agile and devops being used more often.

ITIL 4 will be launched to acknowledge and address the new normal of industry 4.0. it will build on all the knowledge developed by IT service management professionals over last 30 years and take it to the next level by focussing on the value delivery to business/ customer by all these activities in IT.

ITIL4 will talk about how agile and devops and UX and other concepts can be used effectively by IT industry today to deliver value to the business.

Sorry, the comment form is closed at this time.